A New Phase of Tox 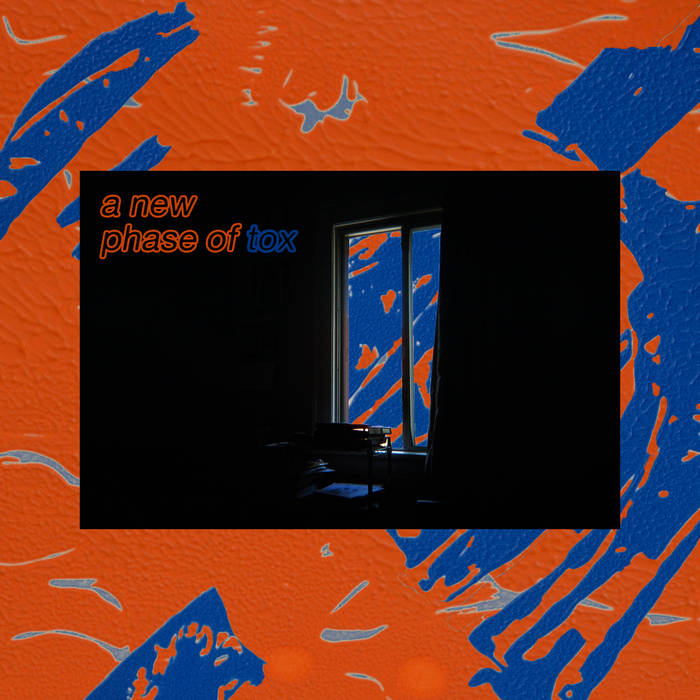 a new phase of tox

an album of necessity, a new phase of tox arose when separated from comfort. disconnected from the arm rest and the water tap. hunched over, unable to hotkey, travelling to stationary after stationary, what else to do but continue spilling?

take with this your daily fly.
and zipper.
and pucker.
and breach-buying drapes.
we step on worry like grapes.
it take tiiiiiiiime.

i have a photo of a piano chord chart favourited on my tellular phone. i have only had a saxophone touch my lips when spring turned to summer and summer faded into the fall. archived recordings. archive recording. permission seekers sitting in the bleachers. a new phase of tox about what it means to concoct. to culd. to spill like honey jars, sharding slowly. patient.

a new phase of whatever the skull companies don't want. don't find intrinsically tied to numbers on their rectangle in only certain apps. to pale blue lips. to numb the noses of baby birds who are patient, resting.

the first time i ever held a bandura, i was sitting by a fireplace somewhere in between Banduristan and Kolonianada. far from any anthropology conference, the secrets spilled out. i was briefly detained before being resurrected in the same place as my dad's dad's mother which is to say my grandpa's mother which is to say my great grandmother which is to exclaim "why?!" but sounding more like sheho. it take time to accustomize to chuzyna, lest we assimilate first or claw back against tombstone erosion. but we never bury near water. we always bury near water. we never burn a body. we always burn a body.

i manufacture and sell weapons.

i do not appreciate police or policing. and i certainly won't ask permission to say so. why would i ask for anything less than eradication of the law? of the colonial laws? of academic hazing? of the concocted imaginary of trespass? of anything declared popely by Tommaso Parentucelli? of some guy who say colonialism and slavery are ill and i wear a big hat born by shades of smoke so let that be that? of disciplinary thought? of newspapers owned by forceful decision-makers peddling rags of war? i contest. i do not accept the corporations born of anything authorized by militarized police, north, west, royal, canadian, or otherwise. i do not accept the myths of nation or a corporation depicted as person.

self-recorded, self-produced, self-released, it's a new phase of tox about improvisational freestyle music and the goals of algorithmic taste.
you cannot stream forever. lockbox token breach.

weapons sell and manufacture i.

Bandcamp Daily  your guide to the world of Bandcamp

Featuring Oakland sounds from the Smart Bomb collective and Samplelov.